HOW DID RECREATION RESIDENCES BEGIN?

Recreation Residences have existed since before the turn of the century, when national forests were reserves and were administered by the General Land Office in the U.S. Department of the Interior. The first lots were authorized by the Forest Management Act of June 4, 1897, also known as the "Organic Act" to encourage public recreation. In the early years, thousands of permits were issued on national forests near large cities-such as the Angeles, the Oregon (Mount Hood), and the Pike-San Isabel National Forests. The program continued to grow until permits numbered around 20,000 at mid-century. 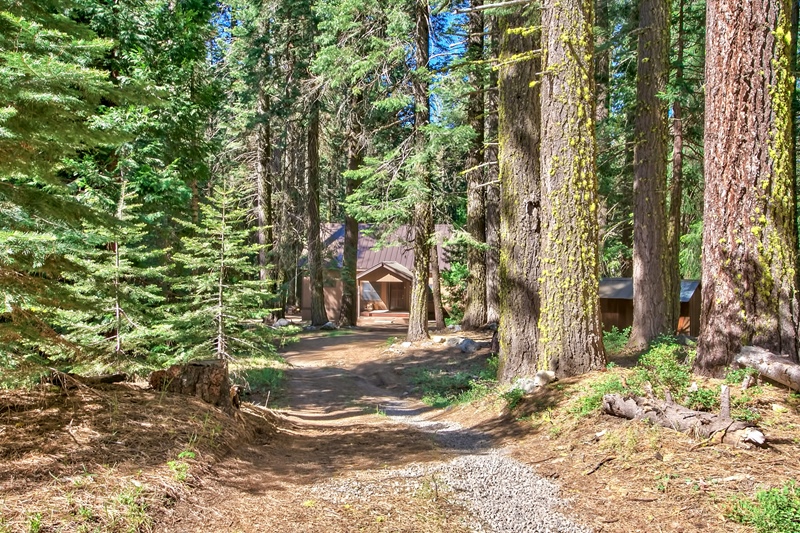 CAN I BUILD A CABIN NOW?

Most of the recreation residence permits involved high-value recreation land. In 1968, in recognition of other recreation needs, the Forest Service decided against establishing any additional new tracts. In 1976, this moratorium was expanded to include no development of new lots within existing tracts.

HOW CAN I PURCHASE A CABIN?

Occasionally permit holders wish to sell their improvements. The Forest Service does not handle the sale of recreation residences, nor does it keep track of those that are for sale. This information is best obtained from a local realtor or from "For Sale" signs posted on the cabins.

The permit holder and prospective buyer must meet with the local Forest Service Special Use Administrator to discuss the transfer process. Maintenance items may need to be completed before transfer.

If a term permit is issued, the cabin owner will be permitted the remaining number of years on the current term. This allows for a common expiration date for all recreation residences on the Forest.

There is no guarantee that a new Term Special-Use Permit will be reissued at the end of the stated term. If it is not, the permit holder will be given 10 years notification and will be required to remove all improvements from the lot and restore it to the original conditions at his or her expense.

CAN I LIVE IN MY CABIN YEAR ROUND?

Recreation residences are for recreation use only. They may not be used as a primary residence. The primary residence can be a house, apartment, mobile home, or other reasonable domicile, either owned or rented, and must be open and available to the permit holder at all times. It cannot simply be an address used to give the appearance of living in a home elsewhere. A cabin must be utilized at least 15 days per year by the permit holder to ensure that the privilege granted by the permit is exercised and the continued use of public land is justified. Owners may only rent their cabin for a maximum of 14 days per year, with written authorization from the special use administrator.

CAN I RUN A BUSINESS FROM MY CABIN?

Commercial use, or conducting a business from the recreation residence is prohibited. Some typical examples that would be prohibited are real estate sales, firewood sales, carpentry, repair services, and snowmobile rentals.

The "99 year lease" is a term that has been discussed and misunderstood over the years. There is not, and never has been, a Forest Service "99 Year Lease". In the early part of the century, some portions of private land were leased for summer homes and subdivisions for 99 years, and some leases still exist. It is possible that because they were located adjacent to National Forest land in the foothills and mountains, National Forest Recreation residence tracts became associated with this type of lease. Forest Service issues recreation residence permits for a maximum of 20 years.

CAN I CUT FIREWOOD ON MY LOT?

Cabin owners are required to remove hazard trees on their lot. Hazard tree removal must be authorized by the Special Use Administrator. In many cases, they may be allowed to cut and keep 2 cords of wood for use at their cabin without a fuelwood permit. To transport wood off the lot a cabin owner must have authorization, and obtain a fuelwood permit.

*ADDITIONAL INFORMATION ON THE MAINTENANCE AND REPAIRS

For ADA assistance, please email compliance@placester.com. If you experience difficulty in accessing this website, email link above.

Sign Up
Already a User? Sign In
You have been successfully registered
Please check your email.
Go to the homepage
Sorry something went wrong
Please try again.
Try again